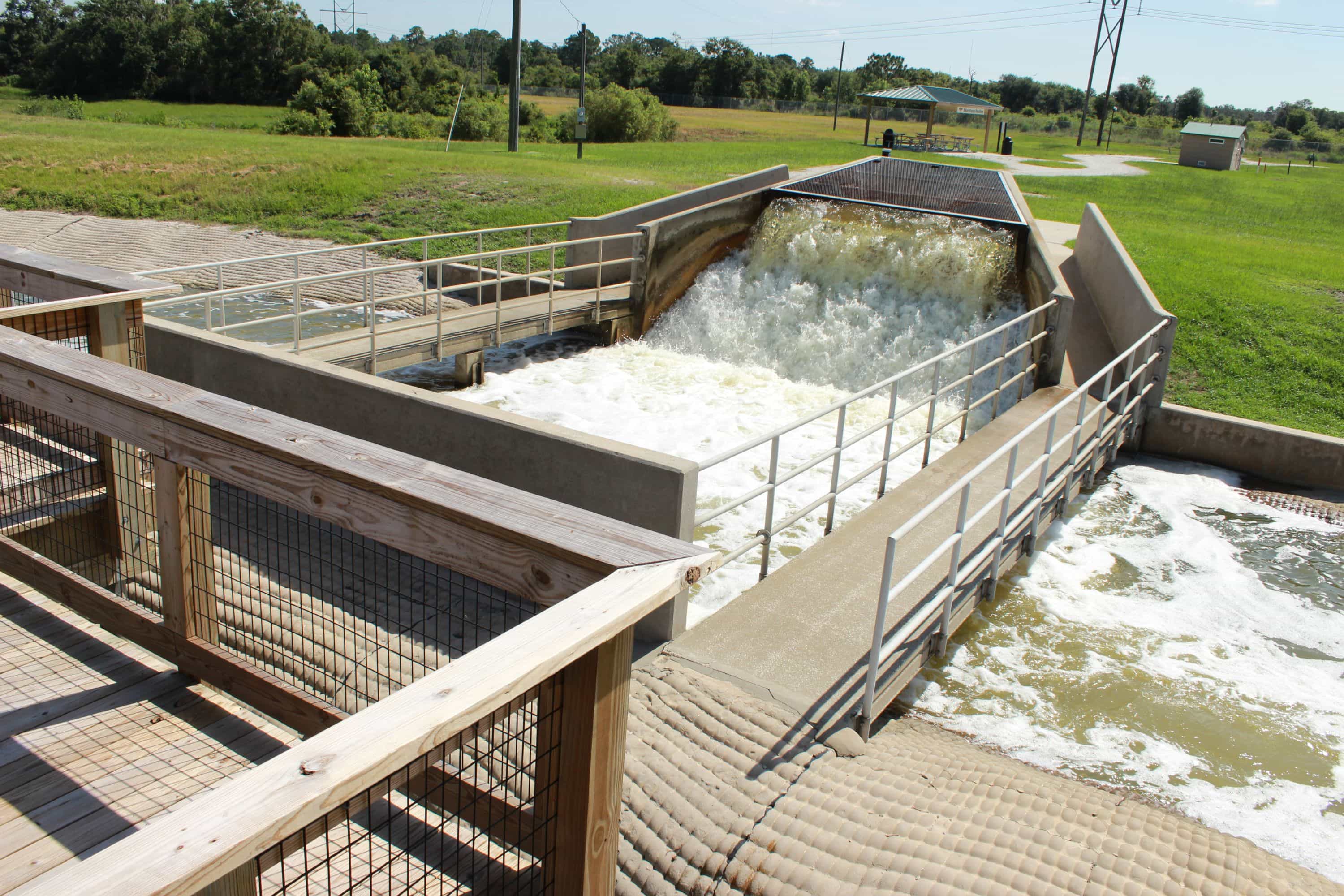 The story of Se7en Wetlands Park begins many decades ago with the property being used as a phosphate mining site, which lasted for several years. In the mid-80s, the mining ceased and it became constructed wetlands to provide tertiary treatment and final polishing to the City of Lakeland, Florida’s wastewater effluent. Its 1,600 acres receive all of the treated wastewater from the City of Lakeland Florida as well as reuse water from Lakeland Electric and reclaimed water from Polk County, FL. Now, as Se7ven Wetlands Park it’s not only a treatment solution, but a stunning public green space open to the public for hikes, birdwatching, running and an enjoyable way to observe the beauty of the property and its wildlife that had until its opening been hidden from the public eye.

One of the driving ideas behind the transformation had to do with improving communication with the public about their water services and the critical processes of wastewater and effluent treatment. It seems that the time has come to inform the surrounding communities about the importance and cost of such projects, and doing so in entertaining as well as educational ways. To do so required a great deal of cooperation to make all the necessary changes including the addition of slopes and berms, as well as more vegetation. Together, these features tell the story of the cycle of water while making the lands accessible for the public to walk among two major boardwalk systems that will allow them to see the American alligator, wading birds, and other indigenous wildlife as they learn about their community’s water system.

Lakeland’s parks and recs faced its biggest hurdle was gaining the accessibility of the acreage outside its city limits. For 30 years, the sprawling property was easy to maintain and protect due to locked gates in place for security. Opening them required a close relationship to be established with the county so there could be several entrances into the facility. The county was brought into the project from the very beginning, a move which led to three good entrances to the facility that allow for a contiguous public property across 2,800 acres, designating the facility as a regional park. This partnership also promoted the critical aspect of maintenance cooperation over the 2200 miles of trails that would be home to boardwalks, restrooms, drinking fountains, and various pavilions where visitors could rest, host picnics, or seek shelter from sudden storm activity.

Still, the true magic of the space is found in it’s ability to tell the water treatment story in a breathtaking and immersive way. Treated water enters into the wetlands in huge amounts, serving up the spectacle of heavy mists in the air that actually cool visitors down as they enter. From there, an observation platform allows one to see across the property, miles into the distance, while learning about the effluent process. There are indoor and outdoor classrooms spread out over the miles and miles of platforms that invite the public into what was once a secret, mysterious property for many years. Denizens of the community turn on their faucets and flush their toilets but know little more about how those amenities are provided and maintained. Now, they can learn and engage in ways previously unimagined.

There were many challenges the developers faced throughout the process, and flexibility was key to meeting and overcoming them. The two boardwalks needed to be built in just the right places in order to promote safe usage. Same goes for the various buildings and other gathering areas, where designs consistently were required to follow proper safety considerations and measures. One of the biggest concerns was the fear of “losing” folks who might not know how to return to their cars. Of course, exploring the park at night brough with it a host of dangers such as becoming dinner for the wildlife which included giant mosquitoes! Therefore, a sophisticated guidance system of coded markers was put in place that was registered to the Polk County sheriff’s office which would allow one’s location to be pinpointed if necessary.

Other decisions about the park’s usage had to be made, as well. The high and steeped berms that were added could not be open to cyclists like other parks due the danger of the structures failing from ruts and trails which could lead to erosion. Visitors were also encouraged to seek aid from downloadable maps to self guide using a downloadable app from iNaturalist. This would make identifying vegetation and wildlife easier, and enhance the educational experience. And naturally, the Se7en Wetlands Park would be a great place for leaving the house while maintaining a socially distant lifestyle.

Gravertech may not be able to claim to be a beautiful public green space, but we do offer many high quality products for the treatment of wastewater for a variety of industries and applications.