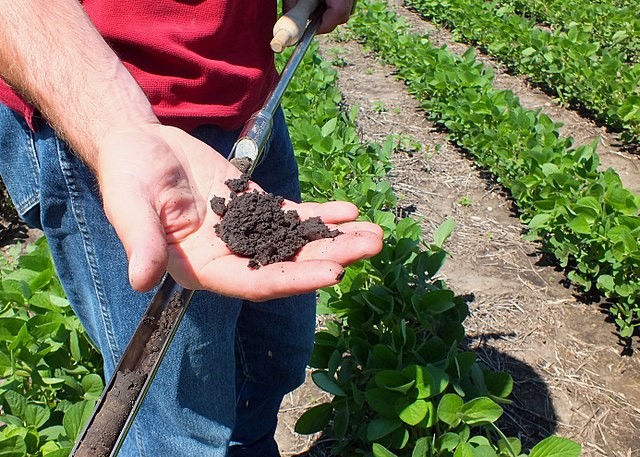 In the early-to-mid 1990s it became common practice among farmers to use a byproduct of wastewater treatment—also known as “sludge”— to fertilize farmlands and, if mixed with lime, raise the PH levels of the soil. The sludge contained the residue of household, municipal, and human waste and was considered safe, having been tested for various chemicals, and farmers that incorporated such practices were not only considered smart for doing so, they were meant to feel as if they were benefitting society by utilizing reusable materials. Farmers all across the United States used the sludge fertilizer for many years and never once felt compelled to consider any possible negative effects of doing so.

Fast forward thirty years on, and farmers are now being asked to test for perfluoroalkyl and polyfluoroalkyl substances—also known as PFAS—which many had never even heard of before. Often referred to as “forever chemicals,” they are a class made up of approximately 4,700 manufactured chemicals used in a wide range of industrial processes and consumer products since as early as the 1940s, selected mostly due to their resistance to water and heat which made them highly durable. Among the most common of these chemicals is perfluorooctanoic acid, or PFOA, which were essential to the production of nuclear-weapons during World War II and also used in the production of Teflon. As time passed, manufacturers across an increasing number of industries discovered additional applications for PFAS, and now they are found in stain and water-resistant clothing, furniture, rugs, food packaging like grease-resistant paper and fast food containers, and even pizza boxes and candy wrappers. To put it succinctly, PFAS are quite literally everywhere. What’s worse, they’re not going anywhere soon, if ever. And since food products like milk came from farms that used sludge fertilizer, that also means they remain inside many of us.

PFAS “get around”, so to speak. They are found more and more in our food, our water and even in the air that we breathe. The CDC has found PFAS in over 98 percent of the blood samples drawn from citizens of the United States and this is because of their resistance to degradation which allows them to remain in the environment and accumulate in our bodies. Exposure to high levels of PFAS can lead to health dangers such as kidney and testicular cancer, thyroid disease, high cholesterol, obesity, and hormone suppression to name just a few. Complications from widespread use of wastewater treatment sludge as fertilizer is beginning to make news in places like Maine and Michigan where farmers that were once enjoying unprecedented growth are now struggling to pay bills since their products have begun to be removed from shelves. However, due to the Clean Water Act of the 1980s that provided funding for sewage-treatment plants, the practice of using sludge as fertilizer covered all fifty states. This is not a localized problem, it’s a national one.

The PFAS problem also extends to other areas and industries, as well. Deer, fish and other wildlife food sources are showing high levels of the chemicals and the Defense Department recently reported high levels of toxic PFAS in drinking water near several of its bases. Testing of drinking water near bases in Washington state, Pennsylvania, Florida and Michigan found elevated levels of the chemicals linked to their use in products such as firefighting foam, which is commonly used by the military. The DOD has taken action to address the very high levels of PFAS in drinking water but service members and members of the surrounding communities have long been exposed to its dangers.

Graver Technologies’ MetSorb® PFX resin has a very high operating capacity and excellent kinetics for the removal of perfluoroalkyl and polyfluoroalkyl substances and can be used in point of entry or point of use systems.