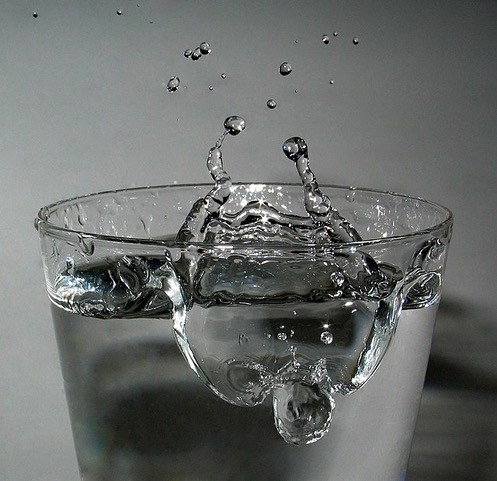 The United States has been experiencing significant drought conditions for the past two decades. Along with natural causes, the human population has heavily contributed to the stressing of water reserves through insufficient water management and additional activities that worsen the effects of climate change. Droughts have been increasing in frequency in recent years and lasting for longer periods. In 2012, the United States experienced its most severe and long-lasting drought since the 1930s as nearly two-thirds of the country was affected, and even worse the country has been suffering the harmful effects of a “megadrought” that has seen record-breaking dry conditions and below-average rainfall. Unfortunately, the knock-on effects worsen the news: droughts are leading to higher levels of naturally occurring arsenic. The longer the drought, the higher the probability of arsenic concentrations surpassing the Environmental Protection Agency’s standard for drinking water. It’s perhaps hard to believe that a conversation about excessive drought conditions would actually lead to one about water treatment, but here we are.

It is estimated that these drought conditions will affect 4.1 million people who draw their water from private domestic wells by potentially exposing them to dangerous levels of arsenic. In terms of comparison, these numbers demonstrate an increase of 54% from approximately 2.7 million people who would be exposed to toxic arsenic levels in private wells during periods of normal rainfall and water conditions. Chronic exposure to arsenic—a naturally occurring metal commonly found in drinking water can lead to elevated risks of a number of deadly cancers as well as other harmful effects such as cardiovascular disease, birth defects and compromised immune systems. To mitigate such public health emergencies, officials are expected to notify well owners in affected areas and develop a refined strategy for addressing the matter. Clearly, maintaining and testing domestic wells in order to ascertain the correct kind of water treatment will fall on private well owners, but water treatment methods and solutions can be best determined by working with local and state officials.

So how does a drought affect water quality in terms of increased chemical levels such as that seen with arsenic? During a drought, the level of groundwater decreases which can cause a shift in water chemistry. Because metals like arsenic leach out of rock as a chemical reaction, any change in water chemistry can accelerate that process. A decrease in groundwater also increases the concentration of contaminants already present in the water. Therefore, even if the total amount of arsenic in a private well remains the same, each measurable unit of water drawn from that well will still contain more. Also, in places such as California, limited surface water due to droughts requires water to be pumped from underground which can cause the land to sink and squeeze out naturally occurring arsenal from the clays and into drinking water.

This is the first time US Geologists have studied the potential large-scale and negative impact of drought on naturally-occurring arsenic in private drinking water wells, but one must also consider the impact of individual wells and their required methods of water treatment. Making it even more difficult is the fact that arsenic is odorless, colorless, and tasteless, making it impossible to detect without a test until symptoms show up. But as frightening as the health issues might appear, arsenic in well water—if found and tested properly—can be effectively remediated through a variety of methods. High risk states like Maine, Michigan, and New Mexico have programs that offer inexpensive or even free arsenic tests. Individual well owners can also hire an accredited lab to test their private well, but those tests can cost hundreds of dollars and are recommended to be performed every three to five years. High-risk areas testing close to the federal limit should test and consider water treatment methods for arsenic every six months, which can run up a hefty tab. With climate models predicting an increase in temperatures and decrease in precipitation throughout the century, arsenic concentrations beyond the limits of safety are almost certain to increase, as well.

For more information on advanced adsorbent products for the removal of arsenic as well as lead, mercury, fluoride and a host of additional heavy metals please visit our Metsorb Product Page